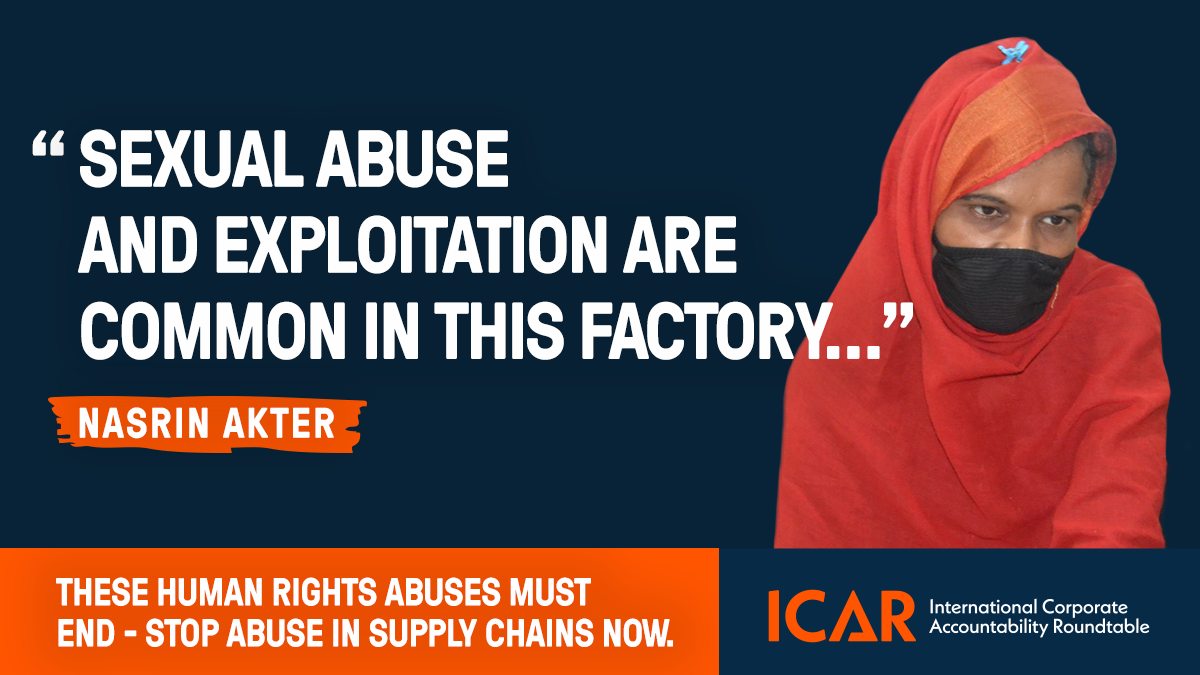 Protect Women: Stories of Sexual Harassment in the Garment Industry

In the Bangladeshi garment factories, 80% of workers “have experienced or witnessed sexual violence and harassment at work.” Further, 10% of women surveyed said, “they were currently being subjected to sexual harassment, molestation, and assault in the workplace.”  Unfortunately, stories abound of women who were sexually assaulted or harassed while working at a Bangladeshi garment factory.

35-year-old Mosamet Bely Begum, who works at a factory in the Narayanganj District, tells us that

“Women workers in this factory are often sexually harassed. There were times when I was physically and mentally tortured by the factory authority. The Production Manager often sexually harasses me by calling me on my cell phone. Sexual exploitation is a norm in this factory. I was threatened every other day by a worker who is a local in the area.”

Another worker, Nasrin Akter who worked at a garment factory for 5 years opens up about her experience

“ Sexual abuse and exploitations are common in this factory. Many women workers, including myself, were sexually harassed by the factory Supervisor. Complaints are not acknowledged by the factory authority. The Supervisor, Production Manager, and General Manager have the workers do explicit things and are ill-treated if they do not agree to do as they are told.”

Many other workers have reported being “grabbed, groped and hit on the head for not meeting their targets” and in some cases, women have been “sexually assaulted on the factory floor.”  Due to many of these women’s economic situations, they cannot quit their jobs, being forced to endure these circumstances. These gross abuses are pervasive throughout the supply chains of international brands and yet, they are allowed to continue, largely unchecked. Governments in the Global North, where many international garment brands are headquartered, need to enact legal safeguards to ensure that such abuses do not take place in their supply chains.

Learn more
In the News

Learn more
In the News

Initiative on Human Rights in Business